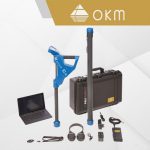 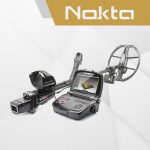 The Rover C 3D Gold detector is easy to use as it is integrated with a touchscreen. It can detect lost treasures (coins, rings, jewelry, etc.), as well as hidden foundations (tunnels, caves, catacombs, graves, etc.).

– The Standard Probe with an optical ball end