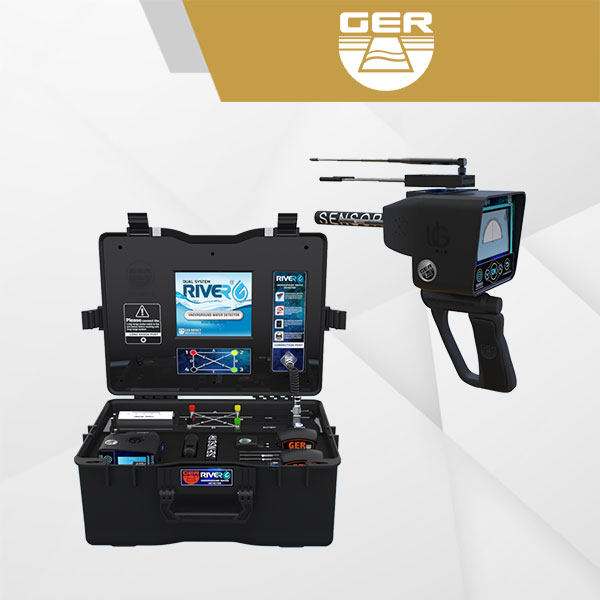 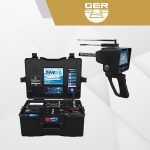 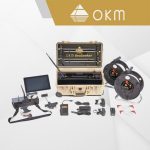 The RIVER G 3 systems are the latest word of the new generation water detector on the market today, with a huge front range up to 3000 meters and 1500 meters depth.

Targets: The device reaches a depth of 1500 meters within the ground and up to 3000 square meters of the front range.
SKU: GM-0001-04-2-1
Contact With Relevant Department
Facebook Twitter LinkedIn Pinterest Email WhatsApp
Add to wishlist Contains an 8-inch screen with high resolution and touch support, a printer built-in within the main unit with a feature of immediate report printing of the search results It determines the quantity, depth and type of water and the percentage of its salinity in the ground Contains a High-resolution color display, runs on touch and keyboard systems, digital compass to determine the search direction. It searches for water within vast areas Carrying protective case for the device, made of shockproof plastic Receives signals from the water in the ground

Sends signals to the water in the ground To hold the device To transfer data between the main unit and the display unit Sends signals to the water in the ground Receives signals from the water in the ground A large capacity battery of 5000 mA, working for 8 to 10 hours continuous and provided with a USB port. A battery with capacity of 2500 mA, working for 8 to 10 hours continuous and provided with a USB port. Four probes of 70-cm for geophysical system, which send and receive the signal between the geophysical device and the water in the ground. Probe for the Long-range system

The length of the probe is 20 cm, sending and receiving the signal between the geophysical device and the ground to determine the location of the water. A tablet with a size of 8-inch, working by Android system, contains (River G Analyzer) application of 3D imaging system. Transfers the signal between the geophysical device and probes. To charge the device battery from the car

Be the first to review “RIVER G” Cancel reply